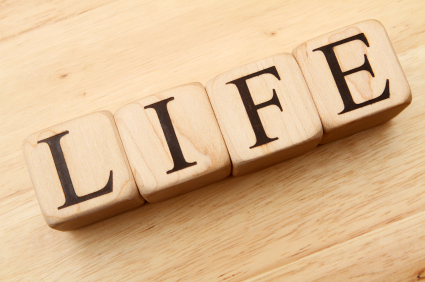 I was traveling with Circus Alleluia in the summer of my sophomore year in college.  We rolled into the Agape Farm in Pennsylvania where a “Jesus Festival” took place every year.  It was a huge favorite of the troupe, who had been there before, the stage ministries and the attenders.  We were there to minister at the children’s tent.  I didn’t know that I would learn a life lesson that still rings true in my mind today.

All the ministries were housed in an old barn converted into a dormitory. (It was pretty awesome!)  Large kitchen and eating area connected to a long hallway where the stalls were converted into bedrooms.  On my first day, it was great meeting so many people.  When they heard it was my first time, almost every person would end our conversation with the question, “Have you met Roger Cooper yet?”  After a few “No’s,” I began asking “who is Roger Cooper?”  It was met with a resounding, “You are going to love Roger Cooper.”  “He is the most amazing person!”  “He just makes you feel like you are the most important person in the room!”  I was very excited to meet Roger Cooper.

When Roger arrived later that evening, the room erupted.  We were all in the dining room and the buzz that he on the campus began to build. By the time, he walked in the door, people were making their way over for hugs, smiles and high fives. Here’s the bummer – I wasn’t really impressed with Roger.  I thought he would be a larger than life, tall, jacked up, eloquent speaker, amazing musician kind of Power Team christian leader.  He wasn’t. He was shorter than me and not terribly big.  Yet, he hugged every person in that room, including me.  When I told him my name, he said he was glad to meet me and looked forward to knowing me more.  Even when he was on stage, he was talented.  But not amazing, yet so many people waited to talk to Roger and get a hug from him.

I wasn’t impressed.  I remember having breakfast on the last day and Roger came in.  After making his rounds of hugs and hello’s, he sat down next to me.  I asked, “Roger, I have to be honest.  How is it that so many people love Roger Cooper?  You aren’t the most polished ministry I have ever seen and there are more talented acts – why do people love you so much?”  (You can see – I have been blunt for a long time)  Roger looked at me and smiled and said, “People love Roger Cooper, because Roger Cooper loves people.”

The statement stunned me. It was that simple? That was a Life Lesson that I have not forgotten in almost thirty years.  Roger showed me the principle of loving people first.  I can’t say I have done this all of the time but I have made it one of my foundational principles to live by each day.  On a farm in Pennsylvania, so long ago, I learned it didn’t matter what you look like, how big/strong you are, how much talent you have, or even if you are awesome – I learned that if you love people first, most likely, they will love you back.

Words to live by. Thank you, Roger!